Aerokinesis and Telekinesis: The Secrets of Control 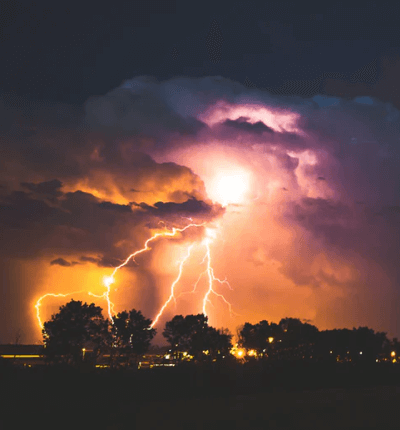 Weather control is known throughout all indigenous cultures.

Whether by dance, rune or word, affecting the natural forces around us is an ability long since used at times of need.

We can affect the world around us through direct physical means. This is one of the easiest types of Manifestation, as the subtle forces that give rise to wind are some of the easiest to measure, via a technique known as Aerokinesis.

I first learned Aerokinesis in Damanhur, a mystery school in the tradition of Atlantis, in Italy. Before I explain what occurred, a comment on the relationship between intention and action.

I remember having dinner with a friend, Allen, and casually pointing two fingers at a small jar on the table. My hand was resting next to my plate, and the fingers were pointing subtly. I was sending energy, hoping the jar would move. My attention was on it mentally, but my eyes were on him, physically.

Amidst discussion of politics, business and culture, Allen suddenly picked up the jar and moved it 9 inches to the left. He didn’t use it for anything, just shifted its position on the table.

Was that telekinesis, or nonverbal signaling? Was it less “special” because the jar was picked up by human hands, and didn’t slide on its own?

For everyday things, direct physical action on the material plane is easier (for most of us) than action through the Ether/Astral, or through the higher Causal planes. Since higher dimensions that enclose lower dimensions like the third, astral and causal influences affect everything that occurs in the third dimension of space-time. Without the jar teleporting or rays of electricity shifting it, my intention, one way or another, manifested.

While me picking up the jar and moving it may have been easier physically, this effect does not always scale. Moving a building, for example, originates in will just as moving a jar or rock does. Yet as a solitary influencer, you would be well served working on higher causal planes, and seeing your intentions carry through the astral vibration into the wills of mortals who use their third-dimensional bodies to carry out the task.

Keep that in mind as you consider the stories of any Magician. Mechanism of action should never be confused with the effectiveness of a Magical act; it’s far easier for the universe to manifest miracles through seemingly normal means than to produce a sparkly purple flying turtle that grants your every wish (though I’m working on this one…).

If you’re with someone and their leg is bleeding, and you have the option of only sending intention or holding intention while applying a bandage. Sometimes, the solution is right there in front of you – and denying it in the games of Specialness and Attachment can often cause more harm than good. Magic is here when we need it, and though infinite, should not be wasted, or taken for granted.

This is an exclusive sneak peek to my new magical book. Stay tuned for the updates!