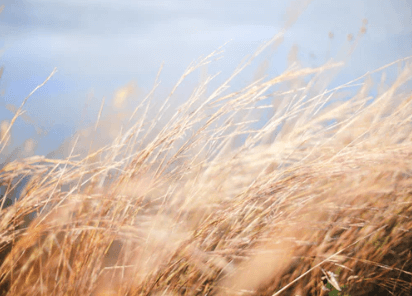 This “Directing the Wind” exercise is a Foundational Exercise. What matters here is not the specific intention, but the foundational skills you will build by practicing this.

When you succeed, the inspiring reality that you can direct the wind will drive your study forward. If you feel called, substitute any other Magical or spiritual practice that represents an ability you would like to grow, and a milestone that, when reached, will inspire you to deepen your studies and dedication.

As with any new skill, I recommend serious effort and patience. Less than 2 total hours is not sufficient; if you are dedicated, invest at least 5.

That does not include any of the time invested in preparation, which could be as many as 100-300 cumulative hours of meditation if you have what the Buddhists call Monkey Mind. This larger amount of time will, of course, give you innumerable other benefits, like all the cognitive and psychological benefits of disciplined practice.

One last pitch for meditation before we begin:

In 2011, Sara Lazar and her team at Harvard found that mindfulness meditation can actually change the structure of the brain: Eight weeks of Mindfulness-Based Stress Reduction (MBSR) was found to increase cortical thickness in the hippocampus, which governs learning and memory, and in certain areas of the brain that play roles in emotion regulation and self-referential processing.

There were also decreases in brain cell volume in the amygdala, which is responsible for fear, anxiety, and stress – and these changes matched the participants’ self-reports of their stress levels, indicating that meditation not only changes the brain, but it changes our subjective perception and feelings as well. In fact, a follow-up study by Lazar’s team found that after meditation training, changes in brain areas linked to mood and arousal were also linked to improvements in how participants said they felt — i.e., their psychological well-being.

“So for anyone who says that activated blobs in the brain don’t necessarily mean anything, our subjective experience – improved mood and well-being – does indeed seem to be shifted through meditation as well.”, Forbes.com, 7 Ways Meditation Can Actually Change The Brain by Alice G. Walton

That being said, I was successful on my first attempt of Aerokinesis in a 20-minute time chunk, in 12 out of 14 attempts, and realized inwardly before I started the two failed attempts that my convictions had dropped and my soul / Magic felt literally exhausted.

Reminder: Magic is a muscle!

2. A clear view of an object that is moveable in the wind, like a flag or plant. Be careful with plants in that they must not be very biased; a weeping willow, or tree with very flexible branches pointing straight up, is best.

3. 20-30 minutes of uninterrupted focus time. (Eventually, you’ll just need 2-5 minutes. Just like when learning calculus, new abilities take time to take root before you can use them efficiently.)

A) Meditate in your favorite style for 10-20 minutes. Rhythmic breathing, visualization, mantras – whatever brings you the most bliss. Achieve a state where your awareness is sharpened and distracting thoughts cease to capture your attention for more than a fraction of a second.

B) Note the current direction and intensity of the wind. Write out, vertically, on paper or a notes app (Evernote is great), the directions in which you intend to shift the wind. I recommend 10 shifts that include a mixture of left, right, away and towards. Leave 2 lines of room for results between each number, like:

You can also use directions like North and South if those correspondences have meaning to you. If you are a practitioner of Earth Magick or are a druid or shaman, invite any benevolent beings you’re in contact with to help and support.

C) Achieve a state of total detachment. Get to an inner state where you are completely fine with success or failure. Just like when learning tennis, some hits are excellent, and some are poor. Be at peace with this, and the fact that after sufficient practice, your level of excellence (and success) will rise.

From an emotional standpoint, the more you want to succeed, the harder it will be. That’s because, based on the very significant and very real Law of Attraction, wanting indicates both attachments to a specific outcome and the presence of negative emotion tied to the fear you will fail.

If this is present in your system to any degree, your activity will be compromised. If it is dominant, your subconscious (or even conscious) fears may sabotage your efforts. However, if that’s the case, you can use this exercise as an opportunity to notice your attachments and desires to be a Badass at Magic and do some spiritual growth work on that, which takes infinitely more precedence than the trick of moving the wind.

D) Recall your knowledge of the universe:

2. The matter is made up of quarks that have probabilities that change based on observation and expectation.

3. Strings of probability influence the movement of these basic building blocks of matter.

4. As observation and expectation (combined with emotion, the bridge between the immaterial and material) affect matter at a quantum level, and direct probability, your deep expectation (including that of success or failure) along with your ability to visualize the desired outcome are critical.

5. Understand the holographic nature of the universe from a richly embodied perspective. Watch, with complete focus and absorption, one or all films of The Template: Ceremony of Original Innocence and consider reading the book E Squared by Pam Grout, along with The Intention Experiment by Lynne McTaggart, and any of the Spirit Science videos that inspire you, especially Toroidal Flow:

If you want to increase your ability to see energy, Teal Swan has a great video on the topic. You’ll also need to purify and strengthen your Pineal Gland; see the recorded workshop on my website, and recording in the first album of Wizard School. This exercise will help you develop that sense, even if you only use your imagination at first.

6. Read The Alchemist by Paulo Coelho. If you’ve already done so, reread the last third if you haven’t within the last year.

If Magic were easy, everyone would be doing it.

I’m teaching you in very explicit ways, to take it from “Impossible” to “Possible.” Your perspective on difficulty and worthiness of the work involved is your own, and your own to change. I believe in you and your success!

This is a short sneak peek to my new book about magic. I do my best to publish it as soon as possible, but in the meanwhile, I invite you to join my Wizard school and review my previous lessons.