The Secret of Success from Sifu Brown 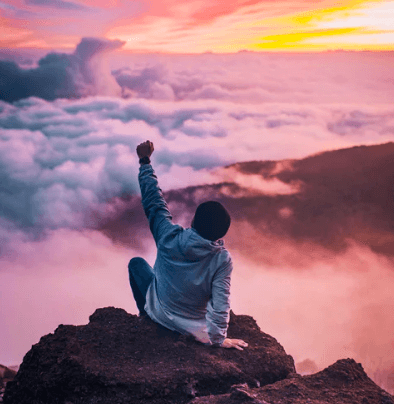 The secret of Success is one of my favorite topics because we only do it once a year; it can’t get stale this way.

If you say “I want 2020 to be better than 2019,” it’s only going to happen if you make it that way. Karma or life isn’t going to give you a break. It’s up to you to literally take control of your life and take it in the direction you want it to go.

The idea of a “secret” causes some people to go “oh! Special information!” but also, even if you’ve heard a concept over and over again, refreshing your memory even once a year is huge. It will get you going, keep you revved up, and remind you of how it feels to be inspired by the greater potential of your own success.

Imagine how consistent that feeling would be if you powered up once a week, or every day….

The interesting thing is… this is an odd topic for a martial arts school. You think about physical stuff like fighting and tournaments but since we’re trying to break through our limitations and reach our truest potential, master our lives, master our actions rather than become prisoners of our reactions, what better way than this?

I’ve been on so many seminars on “how to do it, what to achieve,” but the biggest reason why you should listen is because these ideas come from some of the most successful people out there. All I did was collate and use things that worked for me. I’m not going to give you one tool that I haven’t used readily and regularly.

We’re one of the most successful martial arts schools in the country without following the modern prescription. We drive people hard and expect them to learn a lot. The things I have done and continue to do are what create this.

Before I start sharing, you must know that you guys are already ahead of the game. Out of the hundreds of people who were told, you’re the ones who showed up. How are we successful? We cheated! We’re working with people who were already motivated. It’s easy to win when you start with really strong people who want to achieve.

Everyone has a different definition. You have to be able to organize it, label it, understand it, to know exactly what it looks like.

A lot of people get vague, like “to be happy.”

You can have anything you want, ANYTHING. But you can’t have everything you want. What you like will get in the way of what you love.

We have so many desires. You have to pick!

Example: Baskin Robbins. 31 flavors! It’s hard to choose! The worst thing you can ask someone with no direction is “what do you want to do with your life?”

If they say, “I don’t know,” what they’re really saying is if they choose something specific, they’re saying no to everything else. This is definitely not the case.

I love to use five-year blocks. In five years you can achieve whatever you imagine. We really despise slow beginnings. You can change your life so dramatically in five years it’s hard to fathom.

Say you’re 25. If you live to be 75, you have 10 different major things you can accomplish in ten different fields. If you do not say yes to something, you’re saying no to everything.

You have to choose something.

Enough talk. Take out a notepad or laptop. Physical is better for the neural circuits you activate, but if you’re doing this digitally, clear away everything else. Close your wifi, close your browser.

This is an exclusive preview of my new book. Read the first book now and follow my blog for more updates!