The Next Dr Strange?

My life has held many revelations about the nature of humanity, and our collective future.

Just as when your intuition is consistently reminding of you of the “ideal” choice or course of action, this has held true for me regrading bigger instances of my life path.

In considering my life purpose, I’ve often shifted to allowing missions, visions and milestones to arrive, just as intuition does. When they do, the option to surrender and accept them (higher self) versus fight against them (ego) arises.

In helping the world spiritually awaken, one strategy that has always felt true is the pattern of influence through entertainment. For most of us, when we are being entertained, we are passive, receptive.

This state allows us to be open, and in a sense, reprogrammed. If, when we’re receptive, we read / watch / listen to lots of inspiring, personal-growth focused, and educational material, our minds and lives shift in that direction. The same is true for violent, angry, fear-based programming, whatever the source.

There’s mountains of research on this, and I’m not going to start citing things and bring about another great debate. I know what’s true for me in my own experience, and the people I’ve interacted with, and an exhaustive study of psychology, spirituality and human nature from many perspectives.

As I write this in April of 2019, we are experiencing a refreshing era of spiritual transmission through mainstream entertainment. Specifically, the Marvel Cinematic Universe (MCU).

In Marvel’s Guardians of the Galaxy 2, rich messages were transmitted:

2) How to manifest and project chi

3) Self love, and loving oneself through qualities rather than appearances

If you watch the movie with these ideas in mind, the people and scenes make them clear. I won’t go into exhaustive detail to avoid spoilers, but will say that the planting of seeds is expertly done.

In Ant Man and the Wasp, similar seeds were planted: The many worlds hypothesis, quantum entanglement, channeling, energy healing and forgiveness, just to name a few. In Dr. Strange, it was Astral Projection, surrendering of ego, the nature of power and identity, and holistic evaluation of character, rather than one-dimensional judgment.

Again, I could elaborate on these, but the intelligent and perceptive viewer will pick them up. The transmission will be much richer with only these guideposts, though in the future I will be making videos with scenes from these movies to illustrate these points. If you want to support these efforts to help awaken humanity en masse via pointing out parallels in popular culture to audiences of 100M+, please visit http://patreon.com/magicaljoy. Your supportive co-creation would be wonderful to receive with gratitude 🙂

My future with Marvel exists as an intention, idea, plan and eventuality, depending on your perspective and the reality of the timelines as you see them. Since all possibilities exist in all worlds, I will be shifting my awareness consciously to align with the timeline where I become the next Dr Strange, after Benedict Cumberbatch retires from the role.

Whether we experience that universe together remains to be seen (and, in part, decided upon by you, for all that is known about collective intention).

What has led to this plan (as some would call it) is my knowing of a future speaking and teaching globally, and in strategically aligned entertainment.

Those seeking a spiritual path often already know their motivation, and just need reminders, structure, and community. Those open to spirituality but not yet clear on the practical nature of it can be shown the exciting parts — while although exaggerated by fiction, do often carry seeds of real truth, as in the movies above.

What would the effects be if the one who played a master Magician on stage was actually a master Magician in real life, and not just the kind that pulled bunnies out of hats? What if, instead of a mainstream Hollywood actor doing a stellar job in a legendary role, you had someone following their Personal Legend?

There are many requirements for this plan to succeed. The ones I’m aware of and ready to take on, I’m taking on. And I’m also fully aware and in full surrender of all the millions of factors (including other actors who want the role and have a richer history in Hollywood) that can shape the story differently. Perhaps these make it easier to Let Go, a key ingredient in any good system of manifestation.

It’s not fame or fortune that I seek. Goddess knows that those are far easier to come by than this plan. It’s simply that this road is one which is right for me — if not prescribed for me — and so I shall follow it, as long as all feels aligned.

What do you think? About any or all of the above — your thoughts and feedback are always welcome 🙂 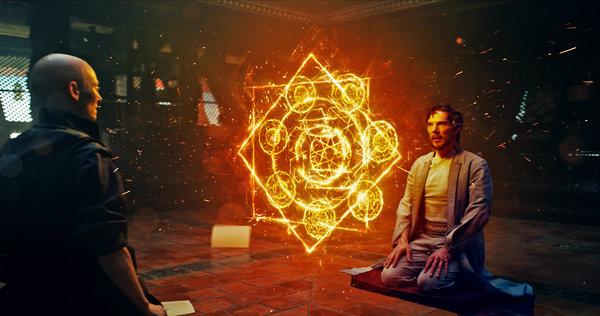