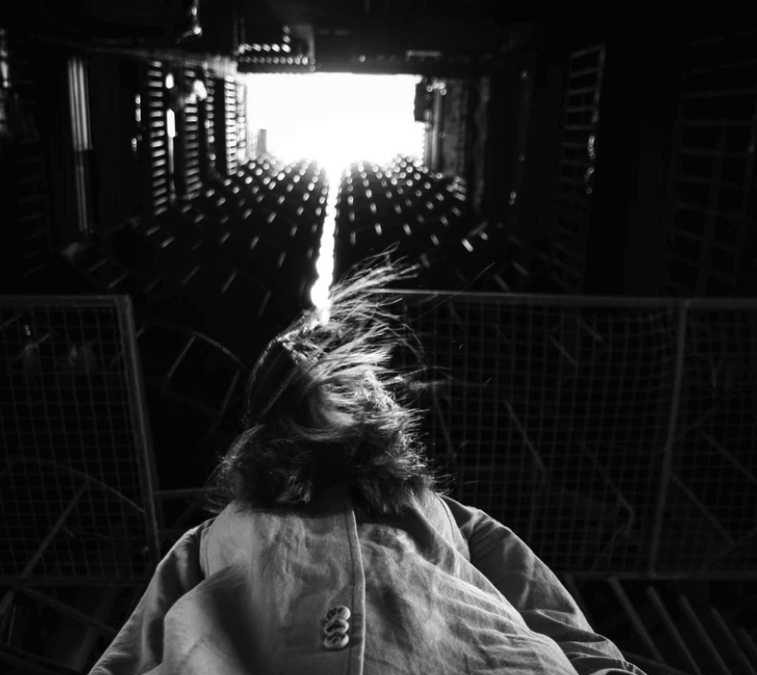 I think a key point which is taking in all of this different, these different sources of information and to your being so that way you can have as much of a consensus objective understanding of what’s going on in the world as possible. So whether that be with the 3D reality we live in or once you start trying to fluctuate into what exists outside of it.

Tapping into as many of the sources as possible, talking to other people learning about their practices, continuing to work on yourself over time in that. In the energy fields that exist outside of the 3D and it’s very cool to unpack this with you and I think we’re just only at the tip of the iceberg and the rest is all below the water and there’s so much there and it’s pretty much beyond the lines of perception what goes underwater and it’s really difficult to try and dig those pieces of the iceberg out. It’s a connect into what is beyond this. This flush vehicle existence.

I love being able to talk to you about and I feel like again, we’re just, it’s so difficult for people at home to… To practically put this into play just go with the meditation. There you are, the magic is real.

It seems like a lot of what it would exist outside of the 3D comes down to the ego at the 3D and then the ego prevents from the 3D upward. The ego filter here prevents. We use the singular term ego. But it’s actually plural. Like the ego of all seven and half billion people it different but they all have ego.

Messing With Your Perceptions

A friend and teacher of mine study is with Elaine and he can mess with your perceptions make everything dark except him. Very interesting stuff like really affecting you through your senses. No drugs or plant medicines or whatever. He uses a term I’ve seen in many places it’s a great term it’s called sub-personalities. So if you think about the type of you, who you are in front of your grandmother versus your lover versus your ex that’s versus your parent versus your child self. When you’re angry, when you’re not angry, dumb in her down in her is a place in northern Italy.

They use an Atlantian magical tradition I’ve studied with quite a bit. They talk about these as different components of you. So when the Chinese system anger is associated with the liver and liver energies you’re feeling angry, you’re feeling frustrated.

So tying all this stuff together, one of you in a past life may be the part of you that is Genghis Khan or Alexander the Great or Napoleon or Hitler or Mussolini or whoever. That part of you that you can access that has anger than acts on that anger, may be embodied in your liver and the process of at one mint atonement integration completion is you loving and accepting all of that and feeling it and shadow integration work and all that stuff. Not necessarily expressing it as the first idea that might come in with a signature but, seeing it all is one.

So when channeling comes through like the being which knows itself as David Solomon born as David Celinda that being has certain preferences and certain thoughts and certain diversions and when that being allows himself to step to the side higher stuff can come through and when you look at an ego filter and you look at the truth of what’s channeled, a truth with a capital T.

You could say Jesus was a being who had a very-very small ego filter, but a large and consistent ego because that ego was generally always consistent. But there was no attachment and what flowed through with source was not subverted by a personality trying to be liked.

You’re trying to be appreciated right? So If David’s channeling and something’s coming through and David who wants to be liked or wants to feel smart or wants something else to come through then David is essentially blocking the transmission and the ego filter is at ten percent or ninety percent or whatever. So when David says look at thirty sources for stuff like this. Unless you really feel that’s true within you that’s a knowing of hey there could be a filter present because of the nature of ego. It’s a bit self-defeating to say the ego filter is one percent or 80 percent present. There’s you know some accuracy but it’s a very personal thing and generally, no one can know except the being speaking.

And as you’re experiencing reality the more that you enable yourself to fullest actualization without wanting to be liked or wanting money or thinking about. That this or that external materialistic consumptive aspects. The more you’re actually challenged channeling this authentic being through what’s existing outside of the 3D. Quick just to probably, let’s; as the lasting let’s, make this the last thing and then if you want to end or something go ahead but we will keep it quick.

Robert Sapolsky wrote a book called “Behave” and I think this is very interestingly aligned with what you’re speaking about because if all of the evolutionary forces that have led up to today are what I experience in my life as in I have all these bacterial cells within me that control me in ways I don’t know. I have these tendencies from either my genetics or my epigenetics or my past lives that have been brought into me today that this sort of I’m very interested in how these two things overlap how you behave and how you think that every moment you’re in control.

But really it’s been these last billions of years of evolution that have put what you are on the planet and what you could, what you think you have free will over you really don’t that much. Intertwined with what exists outside of this 3D reality. I think those interestingly have really cool.

To be concise, there a few terms I like with this. The first is surrender and the other one is fractal line Dominion. So surrender is kind of easy to understand. Michael Singer wrote a great book  called the Surrender Experiment, talking all about surrendering to the flow, surrendering to the Divine will. Yogananda, author talked about surrendering to Ishwara aspect of divine will. That’s a way to unlock the power of flight by the way which that’s a whole story about demons and angels and transmissions and visions and prophecy. But specifically fractal everything’s a fractal Dominion dominance.

So you have a heart, your heart has its own agency. It can act on its own. You through breathing, through nutrition, through force of will can affect the behavior of your heart. Your heart has dominion over the blood in your body, you have dominion over your heart in your blood. So your whole body has agency, you have agency over it. It’s not too far elite to believe yourself a cell on the body of God or a heart of the great goddess and so with that you have surrendered, what is my purpose to plump pump blood?

What is my purpose to be a messenger of and help raise the power of magic in the world and having my own agency as your heart does, mitochondria do as your microbiome organisms do, there are the components of free will within certain bounds. What ascension is or path is and it’s in all cultures there’s the apotheosis of George Washington, founder of his country went through the process or at least worked on that is your awareness raises. So you no longer the cell you’re the heart, you’re the body, you’re the body of bodies, you’re the awareness beyond our bodies.

That’s Ascension and if you have an ascended master who heals somebody over helps a plant grow really quickly and people can do this even if they’re not ascended masters. I’ve had the fortune of witnessing that occurring through me. I like that more than from me. There’s a bunch of reasons for that or other people whoever you see it.

If you want power, if you want the ability for the purpose of realizing yourself as divine. Not for parlor tricks, not for impressing people, not for distraction which are a lot of common objections. If you really want that power to remind yourself and demonstrate it and not everyone does and that’s the value of the past life astral projection. Yes of knowing yourself as greater than a finite mortal being.

I love thinking about it that way because we are greater than this fine a mortal being. So many think that it’s just death and that’s it and that whatever happens – happens. But thinking about and tapping into what exists outside of it and what. It’s a crazy process and it’s very difficult to put words behind. Words are so limiting, feelings are even limiting in this sense. It’s very difficult to unpack and we know we only started.