How to Feel Your Chi 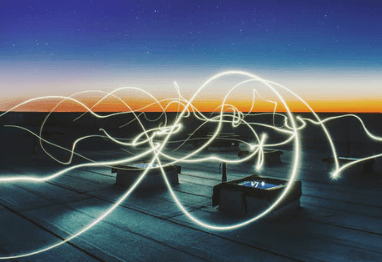 I am not the body. I am the light coming out of it.

The vital life force energy of the body goes by many names: Qi / Chi (Chinese), Ki (Japanese), Prana (Hindi and Damanhurian) and Biofield Energy in the West. We mix up the words to get you comfortable and familiar with their interchangeability.

Feeling Prana is critical if you want to work the subtler levels of the field that include the bioenergetic, ethereal and electromagnetic. It’s a great place to start, since there are so many resources for you to learn, and Chi has been researched and documented for thousands of years.

Many good energy healing programs like the Barbara Brennan School of Healing will help you build these fundamental skills in a guided environment, with experienced practitioners, and a large group of fellow students. It’s best if you follow specific exercises that have been tested, refined, and shown successfully to help new students build their vital life force energy, and awaken enhanced physical, mental, and spiritual abilities.

Feeling Reiki for the First Time

When I first learned Reiki, it was in a casual setting as part of a 25-minute discussion and a quick, informal initiation. I learned about a symbol and demonstrated two basic techniques for several seconds, got feedback, and was told: “Okay, now you can go practice!”

An ego solely identified with the mind would call that bad teaching. As I later learned, life is the best teacher, and my instinct, intuition, and guides led to an improvement of technique to the point that now, almost every cooperative person I work with can feel my Prana – often significantly.

But I’m a rare breed, and most of my Pranic developed later in life, once I received significant instruction. While it’s true real-world experience can be a great teacher, having maps of the physical and energetic bodies, learning how your astral form is affected by your emotions, drugs, and diet—and charging or clearing an environment energetically are hugely valuable skills that benefit greatly from good explanations.

Working with Prana is working on the subtle body, the part of you that is generally invisible to the physical eye, yet visible to the inner senses, has distinct levels of vitality, intensity, and function.

Barbara Brennan, who was a NASA Physicist before becoming a spiritual healer, describes Heightened Sense Perception (HSP) and states on her school’s Facebook page: “The reality is that HSP is normal for all human beings. It has been used in different cultures for many millennia, in religion and in healing work. Many native people still rely on it for gathering information about those who are ill and how to heal them.

When Christianity and then the scientific revolution swept Europe, the Church forbade the use of HSP, associating it with darkness, paganism and the devil. As science came to power, it increasingly regarded HSP as superstition and fantasy. Under that kind of pressure, it rapidly fell out of use.

Now, in the new millennium, the importance of high sense perception is being rediscovered.” Along with the Institute of Noetic Sciences and many other notable organizations, Brennan is one of the leaders in the field. In 2011, she was listed by the Watkins Review as the 94th most spiritually influential person in the world. Perhaps you’ve already felt Chi in your own body—as tingling, heat, cold, electricity or magnetism. These are in actuality different types of energy, just like there are different types of specialized brain cells.

Process of Learning To Feel Your Chi

If you or someone you know can’t feel Prana right away— whether alone or with a skilled practitioner—take heart, and be patient. We’re talking about subtle. Your perceptions grow with use, just like your ability to stand on one leg.

As your nervous system develops with practice, and the dendritic connections of your brain grow, you will develop this inner sense and it will strengthen over time.

‘Show’ is, in this case, superior to ‘Tell’. You can tell anyone all the information you like about Prana and energy medicine, but showing them in their own bodies will achieve a quicker and stronger realization for most people. Let’s start by testing your perception.