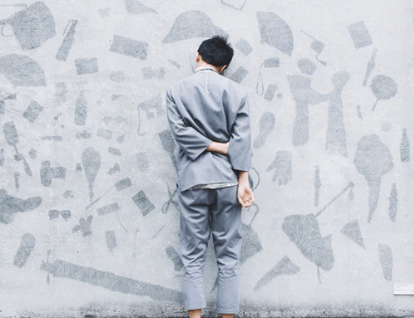 If you believe something strongly enough, learn about it, devote your time and attention and care, and frame a System of Magic revolving around colored candles… then all of your Magic will revolve around that. I actually met someone recently who read that swear words destroy your cells in such a way as to always create vibes of “negativity”… in one of Ray Maor’s workshops where he regularly swore, in a flavorful and authentic way, and seemed the healthiest person there and was a practicing Breatharian at 95% (he ate 2-3 meals a week and lived off Prana).

How can swearing hurt one person and help another?

How can candles both matter and not matter?

William Bengston, the cancer-curing energy healer studied at Brown and Indiana universities, said at a workshop:

“I once met with one of the most renown herbalists in China. This guy had cured everything, from lymphomas to seizure disorders to blindness to ADHD. I went with him in his backroom, full of jars of Mugwort and powdered Scorpion Tail and all sorts of things. I asked him, “Does any of this stuff do anything?”

Why would a healer lie to his patients?

Why charge for expensive, specially prepared ingredients – things that do show measurable effects in peer-reviewed studies, and that have been successfully prescribed for thousands of years?

Joe Dispenza is a brilliant researcher who wrote the book You Are The Placebo.

The Placebo effect is, quite simply, evidence that the mind-body connection is so strong, that for nearly any condition, if you’re convinced you’ll get better by taking a certain action (traditionally by swallowing a pill), you’ll get better.

I lived with a social worker who worked in psych wards where a certain patient would flip out if he didn’t get his “medication.” He would unleash angry multiple personalities, abuse the staff, wipe feces on doors and windows, and howl in troubling voices. A glass of water and 30mg of something official sounding like “Gazorpazorp” later, and he was “normal.”

The pill was made of sugar.

I’ve heard of research describing ulcers disappearing all due to a treatment the patient expected to work, but that had no documented medical effectiveness.

I’ve read research on the opposite effect – the nocebo effect – leading to things as dramatic as patients bleeding from the eyes if they thought their affliction was being triggered by something specific (say the emergence of a full moon).

The expectation is the key detail with all of this.

According to AcupunctureToday.com, “Scorpion is sometimes combined with other herbs as part of a larger formula to treat convulsions and spasms of the hands and feet. Some practitioners may recommend scorpion as a treatment for headaches and pains in the joints.”

Ingesting scorpion improperly can also be toxic and kill you.

So why ever offer it?!

Because people expect it to work.

Whether this was programmed in the morphogenetic field (Sheldrake) or for some other reason, the placebo effect on Scorpion is so strong that it’s regularly recommended to treat the above conditions.

As is deer antler, for stamina and boosting athletic performance.

As is organic Lithium Orotate, for stabilizing moods in a healthier and more balanced fashion than traditional prescribed Lithium (for most cases; if you may need this, I legally need to tell you to consult your doctor).

Examine.com, an extraordinary site that summarizes research on supplements, shares highly detailed information about Fish Oil’s success as an anti-inflammatory and lowers of triglycerides.

Even with all the truth out there… the placebo effect still works. Even when you know it’s in effect.

(Or at least it does now! Bwahaha!)

How does this affect us, in the world of Magic?

Because ABSOLUTE CONVICTION CAN OUTWEIGH ANYTHING.

And it takes a very, very skilled Magician to achieve total conviction through the mind alone.

So on occasion, even skilled Magicians may not feel like taking the time to draw in prana, channel Olympians, and shift their consciousness…and will still take mugwort or ginseng during a long hike.

This is an exclusive sneak peek to my newest book about magic, which I’m still working on. Stay tuned, follow me on Instagram and Facebook for the updates